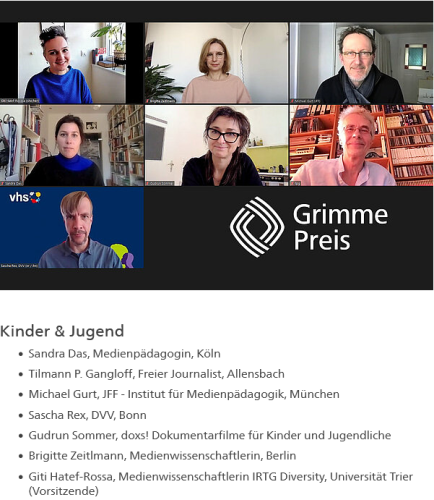 Grimme Award 2022 - Nominating
Commission 'Children & Youth'
This most important German television prize is awarded to television programmes and performances that are exemplary and outstanding in terms of programming practice. The guiding objective of television criticism institutionalised in the Grimme Prize is a comprehensive examination of television, which is understood as a central and significant medium with multiple social references and effects. The awards will be presented on 31 May.

You can see the list of this year's nominations here: https://www.grimme-preis.de/presse/pressemeldungen/d/58-grimme-preis-die-nominierungen

The IRTG Diversity wholeheartedly congratulates her to this appointment!
» go back to news index