A guest lecture by Ofer Ashkenazi (Department of History, Hebrew University) on February 7 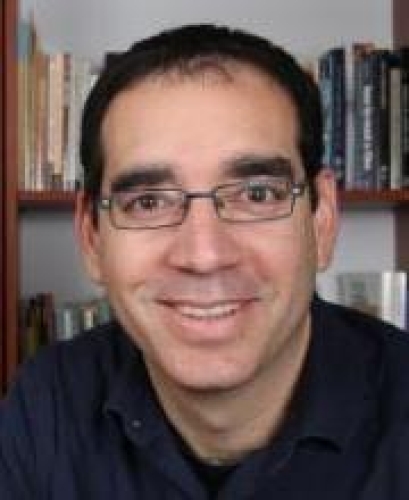 Abstract
The talk considers photographs taken by non-professional Jewish photographers under the National Socialist regime. By the early 1930s, most German-Jewish families had used pocket-sized cameras to document their experiences, from domestic routines and family vacations to political gatherings, youth movement ceremonies, sports and religious events. I argue that, gazing at a rapidly changing environment after January 1933, amateur Jewish photographers utilized their cameras to reflect on the new reality, to make sense of it, and to reclaim agency in it. My analysis of the photographs underscores their dialogue with the visual imagery of the time, in particular the photographers’ efforts to restage familiar iconography outside of its original context. The photographs, however, were normally embedded in a larger collection, an album, which narrated the documented experiences, negotiated their meanings, and sought to construct their place in the shared memory of the historical moment they recorded. My analysis therefore places individual photographs within the context in which they were displayed and by acknowledging their role in the narrative of the album. As such, these photographs provide us with a unique case of “ego documents,” which reflect on experiences close to the time of their occurrences. In contrastto other ego documents of Jews under Nazism, photographs are abundant and represent a broader variety of perspectives, including those of children, young women, orphans, or working-class families. An analysis of tens of thousands of such photographs provides us with an exceptionally rich source for the study of Jewish experiences in Nazi Germany: of the various ways Jews perceived the new reality, sought to understand it and to confront its implications.

Bio
Ofer Ashkenazi is an Associate Professor of History and the Director of the Koebner-Minerva Center for German History at the Hebrew University of Jerusalem. Currently, he is a Fellow at the Herbert D. Katz Center for Advanced Judaic Studies at the University of Pennsylvania. His publications include: A Walk into the Night: Reason and Subjectivity in Weimar Film (Hotsaʼat ʿAm ʿoved, 2010), Weimar Film and Modern Jewish Identity (Palgrave Macmillan, 2012), and Anti-Heimat Cinema: The Jewish Invention of the German Landscape, 1918-1968" (The University of Michigan Press, 2020).

This event is co-sponsered by the CCÉAE and the IRTG Diversity!
» go back to news index