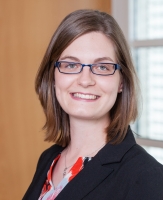 The Multilevel Politics of Trade: Configurations and Dynamics in Canada and the European Union
(Start-up Project)

As trade policy evolves from a focus on tariff issues to non-tariff barriers, sub-federal actors become increasingly relevant in international trade policy-making. While most federal systems furnish the central government with the constitutional mandate to negotiate external treaties, many non-tariff trade issues fall under sub-federaljurisdiction. Hence, trade agreements deeply penetrate economic systems. In doing so, they might disrupt established economic practices. In my doctoral research, I investigated how the Canadian province Quebec engaged with the opportunities and drawbacks of international trade for their provincial development projects. My postdoc project builds on the results of my doctoral research and adopts a comparative approach which allows me to pursue two research avenues that were not developed in the PhD
thesis.

Second, I want to exarnine the role of municipalities in international trade policy making in Canada and the European Union through the lens of public procurement contracts and foreign direct investment provisions. Overall, public procurement contracts represent, according to the World Trade Organization, 10-15 percent of the gross domestic product of economies on average, and foreign direct investment significantly contributes to enhancing trade in services. Hence, increasing foreign competition on these markets significantly contributes to advancing the global trade agenda. While central governments and to a large extent sub-federal governments in Canada and the European Union are increasingly bound by international trade provisions promoting transparency and non-discrimination in awarding public contracts, municipalities in Canada have become vocal actors in opposing this process. According to them, provisions included in international trade agreements disrupt the logic of community inherent in municipal activities. In fact, they argued that international trade would lower the quality of essential services offered to citizens, such as water and waste management or public transportation. Contrary to Canadian municipalities, European ones did not take an active stance during the CETA negotiation process. This raises two sets of questions. First, when and why did municipalities become active in international trade negotiations in Canada and the European Union? Are there differences across time and space? Second, how do they engage in the multilevel dynarnics of trade policy, or, in other words, should we consider them as non-governmental actors or as governmental actors in their own right?
» top of the page