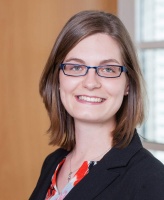 Trade Policy and Province-Building: Québec and the Economic and Trade Agreement CETA, 2006-2014

In my PhD project, I document how political representatives in the Canadian province Quebec interpreted and reacted to the opportunities and drawbacks of the new Comprehensive Economic and Trade Agreement, negotiated between Canada and the European Union (2006-2014). I document the crucial role Quebec played in launching the new trade agreement, thereby breaking the deadlock in Euro-Canadian bilateral trade and investment relations which had ensued as a result of repeated failures of several bilateral negotiations since the 1990s. Taking advantage of a window of opportunity after the failure of the Doha Development Round of the World Trade Organisation, the Quebec Liberal government and its diplomats in Brussels brought CETA on the agenda of key Canadian and European policy makers (2006-2009), thereby asserting Quebec’s role as an international player, a central element in its province-building project.

A consequence of provincial implication in the agenda-setting and negotiation processes, and their interpretation of the various issues at stake during the negotiation process lies in the content and scope of the international agreement, which I detail in three case studies on public procurement, investment and agriculture respectively. Unlike in any other agreement, including NAFTA, the agreement’s scope extends to Canadian provincial and municipal public procurement markets. Initially often capitalised by provincial and municipal governments to foster local development, public procurement now became a tool for Quebec and the other Canadian provinces to take a more active role in Canada’s trade negotiations. Another result of CETA lies in enhanced investment opportunities and investment protection, mostly embedded in the provincial government’s project to develop Northern spaces by natural resource exploitation, including the mining sector. I show how investment became instrumental to this provincial development project. In the agricultural chapter, Quebec unexpectedly agreed to increased tariff-free import quotas for retail and industrial cheese, despite opposition by the politically influential and well-organised agricultural lobby. They were able to do so by deploying frames grounded in Canadian federalism, a repertoire that allowed Quebec’s government to legitimately exclude opposition to this policy shift.

As a result of the detailed analysis of these processes, I am able to document that interests in trade negotiations are not stable and unequivocal, as often depicted in trade relations theory, but rather unstable, context-dependent and multifaceted. On various occasions, policy-makers are confronted with incommensurate demands, while the rhythm of negotiations compels them to form coalitions and to construct a viable position. This position is the result, I argue, of a discursive strategy, understood as a socially constructed method of collective action that brings together actors with diverse motivations. In this process, repertoires of national, provincial and spatial development embed the way policy-makers conceive of the benefits and drawbacks of enhanced bilateral trade and investment relations. At the same time, the way political representatives construct their policy positions has effects upon the power relations and practices in the respective field.

The dissertation is published by Nomos under the title: Constructing Trade. The Negotiation of the Comprehensive Economic and Trade Agreement (CETA) in Quebec. For more information, see: https://www.nomos-elibrary.de/10.5771/9783845291666-1/titelei-inhaltsverzeichnis
» top of the page