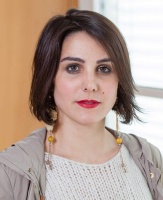 Activism and participation among people of migrant background: Discourses and practices of inclusiveness in four Italian cities

I argue that in order to understand differences in participation, it is important to go beyond an exclusive consideration of the state and institutional actors, to look at both institutional and non-institutional actors, and to examine how, through their interaction, they shape opportunities and constraints for participation. My thesis investigates both conventional and non-conventional channels in four Italian cities and considers immigrant activists as relevant political actors, who are able to mobilize and shape participation through their interaction and alliances with the organizations of the receiving society.

This research upgrades three main hypotheses present in the literature. The first finding is that approaches to integration adopted by local actors matter. This study identified three main approaches to integration: 1) Assistance, based on the idea that immigrants are in need and thus focuses on the promotion of delivery of services and advocacy; 2) Intercultural, founded on the idea that immigrants are would-be citizens and that integration is reciprocal; and 3) Political rights promotion, which focuses on the idea that immigrants are entitled to basic political rights, and thus encourages the opening of channels of participation to immigrants who are denied local voting rights. The empirical analysis shows that while the assistance approach does not encourage participation because it conceives immigrants as passive subjects, the other two approaches encourage civic and political participation respectively. Second, this study demonstrates that left-wing actors matter. It shows that the actors who contribute to opening channels for participation are not only moderate and institutional left-wing actors, such as local authorities, main political parties, and trade unions, but also radical and non-institutional left-wing organizations. Left-wing actors interpret and act differently with respect to immigration and participation and this affects how immigrant activists mobilize. Third, this study underlines the role of perception of the opportunities for participation and shows how activists of migrant background appropriate the discourses and practices of left-wing actors. It documents how immigrant activists respond to the opportunities offered by other actors and how they contribute to the opening of channels for participation by creating alliances with the left-wing organizations and by challenging the discourses and practices of local actors.

The dissertation is published at the Papyrus Server of the Université de Montréal. For more information, see: https://papyrus.bib.umontreal.ca/xmlui/handle/1866/13579
» top of the page