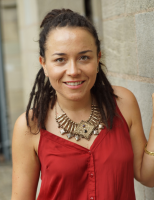 The Sound of Kingston: A Walking Tour through the City´s Unexpected Nuances
(Start-up Project)

The study provides ethnographic insights into distinct sites of Kingston´s urban soundscape. The metropolitan area divides in twenty urban zones from Uptown to Downtown, from the hilly Blue Mountains to the shore of the Caribbean Sea. Amplified sound is a near constant in many of these zones: car stereos, storefronts, churches, sound-systems, parties and street dances playing a variety of Jamaican music daily. Recently, however, Kingston´s sound is disturbed. A governmental execution of the “Noise Abatement Act”, a legislation dating back to 1997, allows law enforcement officials to confine sound events in response to anonymous noise complaints. This policy stands in great contrast to what most people ‘sonically’ expect from Jamaica´s capital city. In 2015, Kingston became UNESCO “City of Music” joining the “Creative Cities Network” with a handful of other successful entries from the Global South including Varanasi, India, Salvador, Brazil and Kinshasa, Democratic Republic of the Congo. Reggae music – that originated in the late 1960s in the marginalized inner city communities – is Kingston´s “resting pulse” and since 2018 awarded as one of UNESCO`s “intangible global cultural treasures”. So, how is it possible that a city acclaimed for its unique sound shall be calm?

The study utilizes the ethnographic method of field recording to detect localities that highlight important sonic nodes in the city. The aim is to provide an interactive “Transect” sound map by actively accompanying local “sound scouts” through their respective environment (e.g. street section, market place) and participating in their individual sound experiences, practices and narratives. The sound walk provides not only data about the urban infrastructure and relevant places, but also about socio-cultural boundaries and intersections as well as information about the individual relevance structures of the informants’ e.g. their social relationships. The study´s objective is to provide surprising nuances of Kingston´s soundscape that reveal ambivalences and differences to the often stereotypically narrated “heroic epics” of Jamaican Reggae music. Reggae´s contribution to the city´s sound is undeniable; the genre is Jamaica´s flagship and the main driver of tourism; however, Kingston has more to offer than the repetitive debate on Jamaica’s authentic musical aura or its production. The study illustrates how unexpected sounds indicate socio-cultural boundary making and how these boundaries are a historical and actual transcultural experience in a city that still grapples with its post-colonial presences. Political control that cuts through the “noise” and disjoins the previous order of everyday sonic life is part of these presences and demonstrates ongoing negotiations about social access, status and class. Beyond the internationally expected and touristic-marketed “sound carpet”, the local tracing of important sound hotspots points at other “hidden” aspects of the sonic environment. Here, sound walking with different scouts (e.g. age, gender, occupation) explores what happens on a smaller scale. The ethnography tackles questions about daily socio-cultural inclusion and exclusion, sonic hierarchy structures and the local construction of culture in a more nuanced and multi-sensual way.
» top of the page