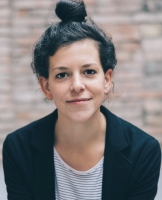 Due to the notions of clearly separated and homogeneous national literatures and the primacy of linguistic purism, the use of more than one language in one single literary text has for a long time been considered as a breach of the prevalent norms. In the era of globalization and the growing interest in inter- and transcultural processes, however, heterolingualism is increasingly gaining legitimacy, is acknowledged by literary institutions and even consciously instrumentalised as a marketing asset. Be that as it may, heterolingualism raises issues of readability and, subsequently, of the circulation of such literary works which appear to limit their potential public to a bi- or plurilingual readership.

My research project explores contemporary heterolingual novels produced in Romandy (French-speaking Switzerland) and Quebec and is therefore concerned with two specific contexts of production and reception in which multilingualism plays a prominent role. The aim of the project is to identify text-internal and text-external factors, which influence the reception and the circulation of novels that include and manifest the juxtaposition or the mixing of two or more languages in one single text. On the basis of selected novels, published between 2000 and 2018, I will analyse how specific text configurations facilitate or hamper certain processes of reception and circulation. On the text-external level, I will examine documents of reception as well as authorial and editorial paratexts with the objective to identify the role of heterolingualism for the dissemination of literary works. Sociological research perspectives about reading, readers and the book market will thus expand the literary and linguistic approach.