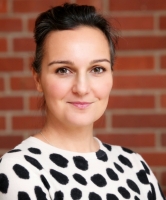 Representations of Disability in Children's Television Programmes:
A Critical Analysis

My project aims at understanding how disability is featured, narrated and visualised in children’s television, taking into account interdisciplinary theoretical perspectives on the constructs of "disability", "diversity" and "inclusion" (Media Studies and Critical Disability Studies).

Data were collected from following broadcasters:

Public broadcasting works within a socio-political framework, its output and targets are based on a broadcasting act. The data sampling covers two random weeks of programmes (Mon – Sun) which will be analysed with a view to identifying the degree of representations and practices of inclusion (and exclusion).

Descriptive analysis will focus on identifying programmes and genres to prepare the theory-based (deductive) and exploratory (inductive) development of coding categories for representations of disability in the data. Categories (i.e. modes of representation) will then be organised in a code system which will then be applied in the next round of data: sampling prototypical programmes for a series of more in-depth case studies on the narratives of inclusion and exclusion.

The core of the study will focus on exploring sequences and images that illustrate narratives of disability. My in-depth analysis will be accompanied by a formative and communicative validation process honouring a methodological principle put forth by the Disability Rights Movement: Nothing about us without us! The validation process will involve a discussion of interpretations of sequences and images with researches with disabilities and other stakeholders.

At the 56th session of the General Assembly of the United Nations (2001) a committee was established to work on "proposals for an international convention to uphold the dignity and rights of persons with disabilities” (UN 2016). “Convention on Rights of Persons with Disabilities” (CRPD) was adopted by the United Nations. This study seeks to contribute to the discourses in Media Studies and Critical Disability Studies, providing an account of the ways in which children’s television programmes depict disability in culturally diverse contexts with a particular emphasis on identities, representation and participation.

since 2019
Doctoral Candidate at IRTG Diversity

1996
Study visit, scholarship at the Università per Stranieri di Siena

since 2016
Lecturer at the ifs - internationale filmschule, Cologne

Experience as a Juror (selection):

since 2013
Member of the Nomination Committee and Jury, Fiction / Children's and Youth Programme, "Grimme Prize", Marl
» top of the page