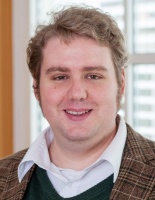 Clothing and Cultures of Remembrance: Constructions and Articulations of Metisness in Saint-Boniface and Batoche, 1885-2008

In my dissertation, I am looking at the question of how clothing as an aspect of material culture is related to senses of belonging among Metis in three communities. This includes two processes which have a reciprocal effect on each other. On the one hand, I analyse how material culture produced and contributed to bonding mechanism among Metis family and community groups. For example, clothing was often made for close relatives and new in-laws to show affection and love. Additionally, as knowledge about production techniques was passed down form elders to the next generations, several family or community patterns and designs developed. On the other hand, I examine how material culture could be used as a representation of senses of belonging to a certain group. By wearing patterns or design elements that were typical for a given community or family, individuals demonstrated their belonging to that group. Moreover, during the nineteenth century, a distinct set of clothing developed that, notwithstanding variations, can be seen as typical for several Metis communities.

I have chosen clothing as an example of material culture because items of clothing combine aesthetic considerations and practical thoughts. In some cases, items continue to play an important role for Metis and although they no longer serve their original practical purposes, they are still used as accessories. Therefore, I am examining discrete items, such as moccasins or ceintures fléchées, as well as entire sets of clothing. Furthermore, I am analysing their role in Metis communities by connecting them to oral histories and autobiographies as well as travel reports, photographs, and other representations.