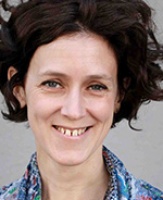 Barbara Thériault is an expert in the field of sociology and anthropology. She has conducted extensive field work and published widely on issues related to diversity within the police forces in Germany, including a book manuscript submitted at Indiana University Press (The Police Officer and the Sociologist: Investigating Diversity in the German Police Forces). In this book she investigates the ways diversity is dealt with in Germany, a country often described as hostile to difference. She does so from the standpoint of police officers who contribute through their work in recruiting, counseling, and educating to bringing about change within the forces. Drawing on interviews and participant observation, she outlines four ideal types of “carriers of diversity” (an empathetic, a principled, an opportunist one as well as a specialist). While lending the book its structure, each portrait is also linked to a central theme—a Christian heritage, a particular shade of liberalism, a Kantian tradition, and the “spirit” of new social movements—that grounds the types’ motives in a cultural and historical context. Put together, the four ideal types depict the treatment of difference in the police forces and, in turn, in Germany.

Barbara Thériault recently completed her habilitation under the supervision of Werner Schiffauer, Professor of Comparative Cultural and Social Anthropology at the Europa-Universität Viadrina in Frankfurt/Oder, and maintains active collaboration with that institution. In addition, she has just begun a collaborative research project with Dr. Ines Michalowski at the Wissenschaftszentrum Berlin on how public institutions deal with ethnic and religious diversity. As current director of the CCEAE, she belongs to a world-wide network of DAAD-funded centers within which the IRTG will constitute a pole of attraction for students interested in questions of diversity.