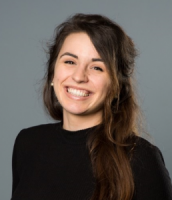 Since the establishment of the United Nations, Canada has served six terms as a non-permanent member at the United Nations Security Council (UNSC): in 1948, 1958, 1967, 1977, 1989 and 1999. During these two-year terms, Canadian representatives increasingly developed an interest in agendas such as active conflict mediation, peacekeeping, disarmament, reform of the UN sanctions regime, multilateralism and human security.

Although Canada is among the member states with the most non-permanent memberships at the UNSC (only seven countries have served more terms), studies on Canadian UNSC terms are still small in number. We have some knowledge about Canada’s position during its first term at the UNSC (Dunton 2020; Mackenzie 2009) and the prominent term of 1999-2000 (Riekhoff 2002), during which Canadian actors supported human security and the emergence of the responsibility to protect norm. We have some historical overviews across the terms (Chapnick 2012; 2019). However, we do not yet have systematic comparisons between the thematic focus points of these terms as well as the related election campaigns. Similarly, the literature on Canada as a ‘middle power’ is comprehensive, although the term has been criticised in later works (Chapnick 2000; 2013; Cooper 2015; Holmes 2015; Hynek and Bosold 2010; Murray 2013; Murray and McCoy 2010; Welsh 2010). This leaves room to move beyond the broad middle power concept by looking at issue-specific strategies in Canadian foreign policy.

This project argues that to understand strategic Canadian international engagement at the UNSC, a closer look at what roles Canada plays on the UNSC stage is helpful. By doing this, we can examine how Canada presents itself during the election campaigns and the term itself. Broad designations as ‘middle power’ cannot account for the complexity and issue-specificity of Canadian strategic engagement at the UNSC. Role theory offers a variety of approaches and a conceptual tool kit to examine what images of and expectations for Canadian foreign policy in specific issue areas emerge, both in Canada and internationally. The projects asks: how did roles shape and inform Canadian UNSC campaigns and terms? What elements and dynamics informed these negotiation processes? The goal is not to explain a specific foreign policy but to identify gradations of role performance in Canadian foreign policy at the UNSC, to explore how role conceptions develop and change over time and how they become more or less central. Using these concepts, the project traces Canadian role dynamics in the context of three particularly active terms as a non-permanent member of the UNSC (1977-78, 1989-90 and 1999-00) and the respective election campaigns.

09/2017 - 02/2018
Voluntary Project Manager: Excursions for international students of the University of Trier