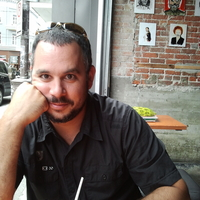 The general focus of Phillip Rousseau’s research is the contemporary institutionalization of frameworks ensuring a constant attention to cultural difference and encouraging manifold interventions in it. He is particularly interested in institutionalized efforts made towards the promotion of an awareness to culture(s) and the subsequent development of the appropriate tools, practices and concepts – whether the focus is on ethnicity, multiculturalism or cultural diversity. Such venture has led him to engage with this topic in a wide range of contrasting institutionalized fields:

- International politics at UNESCO: especially the recent debates about ‘cultural diversity’ leading to the creation of the Convention on the Protection and the Promotion of the Diversity of Cultural Expressions (adopted in 2005);
- The growing explicit attention to cultural difference in North American advertisement and the recent development, within the industry, of contrasting approaches to culture(s) and ethnicity;
- The U.S. military’s attempt to gain cultural insight in both Iraqi and Afghan military interventions, through the Human Terrain System and the embedding of social scientists;
- The important transformations, within the epistemological framework of anthropology itself (and social sciences in general), regarding the concept of culture.

These different attempts to incorporate or rearticulate a cultural specialization and competence in an institutional setting highlight emerging experiments, trends and re-articulations between culture and modernity and carry with them ways in which culture(s) is/are today conceived, perceived and managed.