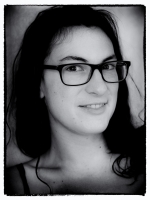 Interaction Practices between Indigenous Communities and Families and Public-School Institutions in Southern Manitoba: A Case Study

This project aims at better understanding how a public-school institution in Manitoba, Canada, interacts and builds relationships with the local Anishinaabe population against the background of the changing recognition of indigenous communities in Canada.
The past few years in Canada have been marked by numerous events, such as the Truth and Reconciliation commission report release, the ongoing inquiry into Missing and Murdered Indigenous Women, a political discourse shift in regard to Indigenous people, the eventual implementation of UNDRIP, the Canada 150 celebrations, etc. Through all this, Canada gets more than ever to reconsider its perspective on and practices with the Indigenous population, both in the past and in the present. Public schools are one of the main institutions directly invited to reflect on the legacy of residential schools by the Calls to Action of the TRC report. They find themselves challenged from critically reflecting on their way to understand indigeneity within Canada (historically as well as contemporarily) and from transforming their practices accordingly.
This project addresses a global issue on a local scale. It looks at a region where Indigenous people have been confined to reserves to make room for Mennonite settlements in the late 19th century. The Canadian diversity thereby created within the last century is today infused by Christian beliefs, and constructed by some fundamentally different groups, such as conservative Mennonites, recently immigrated Syrian families, Hutterite colonies, as well as Anishinaabe First Nations.
As a qualitative research, this project can methodologically be defined as a case study informed by Charmaz’(2008) constructionist grounded theory. The empirical focus is on the school division as an overarching institutional space and body and particularly on one school with 60% of Indigenous students, who both interact together and are following their distinct objectives. Therefore, this region with its schools and its school division is a paragon to analyze the interaction processes of the public-school system and indigenous communities with their own efforts of establishing a school system. The research project will scrutinize the patterns of perception, action and reflection of the main actors within the public-school system towards the relationships, historical and present, to Canadian indigeneity in general, and to the local Indigenous population more specifically.
The ethnographic oriented approach to investigate the field of interaction comprises interviews with various key actors from the school division and from the one school, which are sometimes completed or driven by personal experiences in the region during the fieldwork. Furthermore, public documents from the school division and from the department of education will complete the material that will allow a reconstruction of a multi-perspective description of the situation.