36th Annual Conference of the GKS 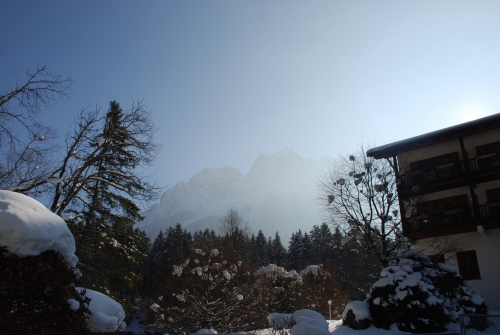 The GKS's conference hotel close to the Alps
Many IRTG Diversity PhD Candidates and Principal Investigators (PIs) were present at the annual conference of the Association for Canadian Studies in German-speaking countries (GKS), which took place in Grainau, Germany, from Feb 6 - 8, 2015. The conference dealt with the topic "Majorities and Minorities in Canada and Quebec" and it featured presentations by three of the IRTG's PIs, namely Ursula Lehmkuhl (Trier), who, as GKS president, gave the introductory remarks of the conference, Astrid Fellner (Saarbrücken), with a talk entitled "Queerly Canadian: Sexualities, Nationalism and the Heteronormativity of Settler Colonialism", and Gilles Dupuis (Montréal), who shed a light on "Les écrivains québécois d’origine asiatique".

For more information on the GKS's annual conference(s), see http://www.kanada-studien.org/jahrestagung/
» go back to news index