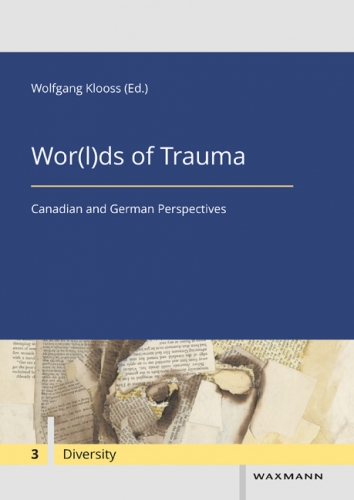 Wor(l)ds of Trauma, the third volume in the IRTG Diversity's publication series, collects essays which address a wide spectrum of issues connected to traumatic events and experiences, be they of personal, collective, national or global scale. These essays are complemented by poetic contemplations on trauma, which set the tone for the following scholarly investigations. The thematic scope of the collection encompasses psychological, sociological and political approaches to trauma, examples of ethnic and indigenous traumatizations, literary, cultural and visual manifestations of trauma or the medialization of trauma in the museum. As a result of the comparative, and in some cases cross-hermeneutic, design of the volume with German scholars looking at Canadian and Canadian scholars looking at German/European examples of traumatization, transatlantic perspectives on the problems at stake are opened.

For more information, see: http://www.waxmann.com/buch3734
» go back to news index