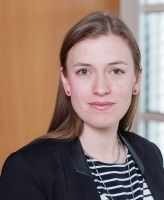 Laïcité and the Nation: The Negotiation of Religion, Diversity and National Identity in Québec (2012-2014)

The aim of the research projet Laïcité and the Nation is to investigate a cultural shift in the construction of national identity, more precisely I aim to look at the alteration of the meaning of laïcité / secularism into a symbolic category which transports cultural meaning, and thus gets represented as a marker of national identity.

In 2013, with the incentive to start a process of officially introducing secularism to the Québec legal framework, the provincial government presented Bill 60, also known as the Charter of Québec Values. This led to a wide public debate in which secularism was presented as a primary principle of the Québec state and more importantly as a value of the Québec nation. Two problems are connected to this: First, rather than a cultural value, laïcité is a philosophical, political and legal concept, assuring freedom of religion and the religious neutrality of the state. Second, Roman-Catholicism and the institution of the church were key elements in the emergence of a Québec national discourse, meaning that religion represented in the past a traditional identity marker of the Québec nation.

Taking into account that the use of the term laïcité in official government documents as well as in the public discourse is relatively recent, my study intends to show why and how the debate on laïcité shifted into a debate on the nation and national identity. By means of an empirical study of written media contributions, the analysis shows how laïcité was translated into a discourse on the nation and how different Québec actors transformed the meaning of laïcité in order to construct their respective ideas of the nation.