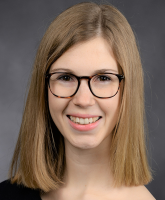 From 1840 to 1880, the social, cultural, and ecological living conditions of Métis people in the Red River region changed fundamentally. Canada’s development from a British colony to a Dominion within the British Empire/Commonwealth was accompanied by an accelerated Euro-Canadian settlement of the Canadian Prairies. The Red River Métis adapted quickly to the more and more Europeanized environment and developed a distinct way of life that was different from both First Nations traditions and Euro-Canadian practices. Yet the extraordinary adaptability of the Red River Métis along with their growing political consciousness and the formation of a political Métis elite taking over governance functions and political leadership, had paradoxical consequences for the position of Métis people within the emerging Canadian society. In the 1870s, they were left out of established categories and were neither considered to be part of the “white” population nor of the “Indians” (Indian Act 1876). Subsequently, they became a “forgotten people” for nearly one hundred years.

Based on this observation, my doctoral research project asks: Why did the Canadian government pursue a policy of exclusion in dealing with Métis people in general, although especially the Red River Métis, who were their first and foremost contact group, had shown their extraordinary adaptability to European institutions such as church, school system, economy, and politics? In order to answer this question, I am analyzing interactions between Red River Métis and representatives of the federal government in Ottawa with a special focus on how forms and politics of territorialization induced or coalesced with processes of racialization. In other words: How were settler colonial rule over Métis lands and bodies related? How did forms of territorialization and racialization intersect?

I analyze the interrelation between territorialization and racialization by looking at the land claim issue starting in the late 1860s. In this context, I am dealing with “white” sources like those of the Department of the Interior and the Hudson’s Bay Company as well as with Métis sources such as the memoirs by Louis Riel, Peter Erasmus, Johnny Grant, and Norbert Welsh. Although many sources regarding the land claims have been produced primarily by Euro-Canadians they nevertheless allow, for example, the reconstruction of Métis strategies of place-making. Moreover, the Métis themselves have used these records to prove their land claims. The records put together by the group of Métis researchers in the 1970s and thereafter can be read as “Métis records” in the sense that they have selectively been put together with a specific Métis research perspective.