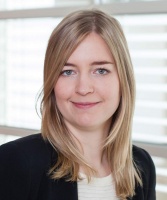 Since the law of 2004 prohibiting the wearing of "conspicuous" religious symbols in public schools, a gradual development has taken place in France. From the law banning full-face covering in public space (2010) to various measures concerning the parents of students (2012) and the employees of private nurseries (2014), women wearing the Islamic headscarf have been excluded from different spheres of public life. The debates surrounding these measures revolve around the idea of defending or reinforcing republican values. Through which political – including discursive – processes did the public promotion of republican values come to signify the exclusion of headscarf-wearing Muslim women from public spaces?

My research tackles this question by employing a conceptual and discursive approach to the study of political ideologies. More specifically, by anchoring my analysis in the public discourses surrounding four so-called "veil affairs," my research sheds light on the gradual transformation of French republican ideology – a complex construct through which political concepts gain meaning. Drawing on a large corpus of empirical data, my analysis demonstrates that the conceptual proximity of public secularism (laïcité) and gender equality – which was formalized in the 2004 law – has resulted in changes within the republican-ideological structure. These changes are visible in the ways that the meanings attached not only to public secularism and gender equality, but also to a range of other republican values (freedom of religion, public order, education, integration, etc.), have shifted. This transformation of French republicanism has also affected the ways in which actors can successfully lay claim to values associated with republicanism, laïcité, and feminism.

The dissertation is published at the Papyrus Server of the Université de Montréal. For more information, see: https://papyrus.bib.umontreal.ca/xmlui/handle/1866/19601