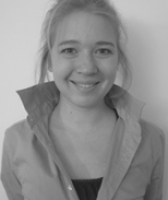 It's the same difference.
Literary Translation as a Medium of Cultural Contact in Québec

Translation is a practice of diversity: the metaphor of the translator as the one who builds bridges across linguistic and cultural distances has been cited many times. However, translation always is negotiation as well – in the textual universe and the one surrounding it.

Especially in a bilingual country like Canada, translation becomes a quotidian, but nonetheless crucial task for maintaining communication and exchanges between two linguistic communities. By studying translations, translation processes and policies, we can learn about these exchanges, about structures underlying communication, about linguistic hierarchies and power struggles. Every act of translation, especially literary translation, gives an insight into the context of its genesis, into hermeneutical understanding and the surrounding socio-cultural circumstances. Translations are a medium and an indicator of multi- and transcultural realities at once. They tell us about courses of cultural merging, where newness emerges out of exchanges, or possibilities of cultural resistance, where attempts of cultural assimilation or appropriation are being rejected.

It is the aim of my dissertation to retrace these processes, their contexts and circumstances to portray the many ways in which the diverse Canadian society is coming to terms with its multiple literary paradigms. Examining the English translations and dramatic adaptations of Réjean Ducharme's novel L'hiver de force (1973) as an example, the dissertation will retrace the cultural exchange processes between the French-speaking Québécois literary community and an English-speaking Canadian audience from the 1970s and 80s until today. The temporal setting of the dissertation is thereby particularly interesting, as the 1970s constitute a key moment in the history of literary translation activities within Canada: Québec's contemporary literature, emerging from the historic upheavals of the “Quiet Revolution”, starts to be of significant interest for the rest of Canada. Furthermore, it is the beginning of the institutionalisation of literary translation with the founding of the Literary Translators' Association of Canada in 1975.

2014 - 2015
Master's Degree in Literary Translation (specialization French) at the Ludwig-Maximilians-University of Munich, Germany

2007 - 2013
Magister studies in Comparative Literature, Romance Languages and Literature, Dutch Studies and Art History at the University of Vienna, Austria

2016
Participation in the Georges Arthur Goldschmidt Programme for young literary translators in Paris, Arles and Berlin

09/2017
The Call of Translation: Mediating Linguistic and Cultural Diversity Within Canada (with Geneviève Robichaud)

14th Graduate Student Conference of the Young Scholars' Forum of the Association for Canadian Szudies in German-speaking Countries, Universität Konstanz, 07-09/07/2017.
» top of the page